Itinerary and full experience of my visit to Germany can be accessed through the link below:
List of all 2014 Germany Trip | Speyer itinerary | Speyer places I went to

If you arrive from the direction of the Speyer train station on foot, most probably the Old Gate (Altpörtel) will be within your sights and you would logically wander towards it, then from there to Speyer Cathedral, drawn by its majestic sight. However if you were to look towards the other direction from the Old Gate, you may see the skeletal spire jutting from the horizon. That was how I spied upon this church and decided to spend some time exploring that part of Speyer.

The city of Speyer has quite a number of churches and the Memorial Church of Protestation (Gedächtniskirche der Protestation) counts as one of the most significant one from the Protestant side. As I got nearer only did I realized how tall the bell tower was, its skeletal frame imposingly pointing towards the heavens. As a matter of fact, its steeple was the highest in the palatinate at 100 meters, even higher than the highest point of Speyer Cathedral.

So what does the Memorial Church commemorate? Through the internet, I understood that this church was built in memory of the Protestation of Speyer against the Diet of Speyer which took place in 1529, a protest of the Protestant states against the Holy Roman Empire. Even so, the real reason which spurned its construction was far more recent - it was a reaction to the structural renewal and painting of Speyer Cathedral in 1846 - 1856, as well as intended as the Protestant's mother church. The church was constructed between 1893 and 1904 with Julius Flügge and Carl Nordmann from Essen as its architect.


I took some time walking around the church before entering it, studying its neo-Gothic frame. It was mentioned that the architecture was modeled upon churches of the Viennese neo-Gothic form built between 1856 to 1879, favoring particularly on Vienna Votivkirche (don't worry, neither do I understand all these vocabularies, I just typed them in for those who are interested).

Since this was a memorial to the protest, it was interesting to note that the hexagonal space under the tower, which coincidentally was also the space before one entered through the main entrance, served as a Memorial Hall. The bronze statue of Martin Luther took center ground, surrounded by six princes who were present as part of the protest standing in further pedestals. Their statues were not permitted within the church interior so the builder put them here to remind visitors of the protest.

For the third time in a day I was awe struck upon entering a religious building - the first was with Speyer Cathedral by its sheer size, a second time by Holy Trinity Church's (Dreifaltigkeitskirche) fresco. The Memorial Church dazzled me with its vibrant stained glass, all stood in stark contrast against the grey material and grim Gothic architectures. Each one told a story, and even for a person like me, who couldn't understand the story, can still be left with a gaping jaw. According to the Internet, there were 36 window sets in total and the interested reader could refer to here to know what each means. 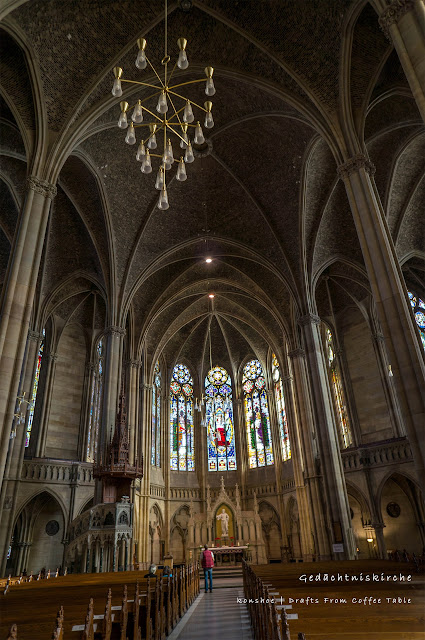 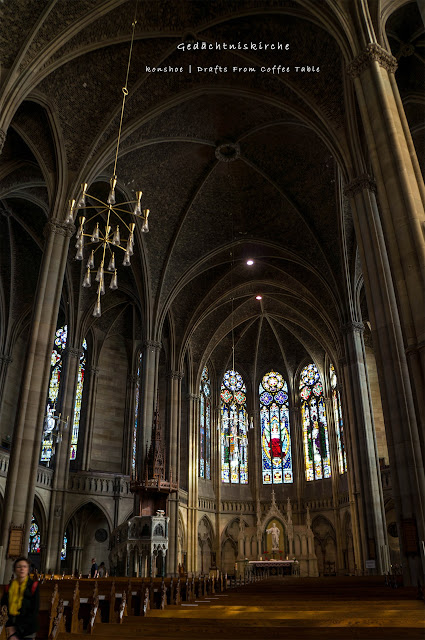 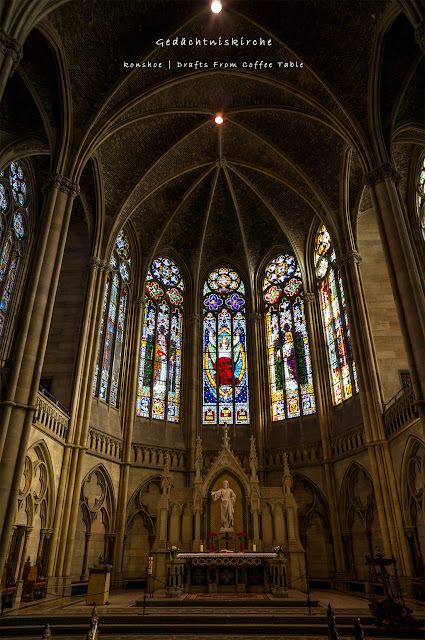 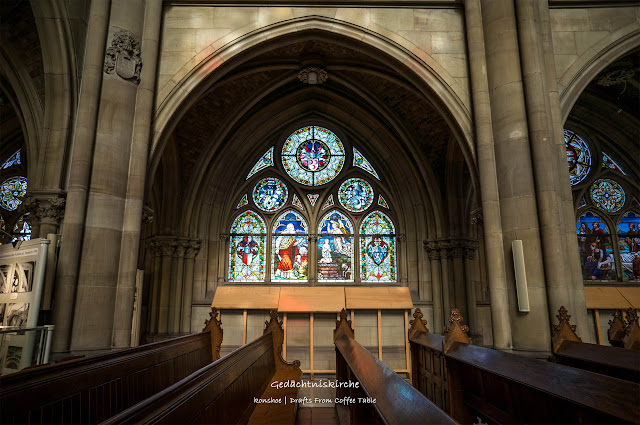 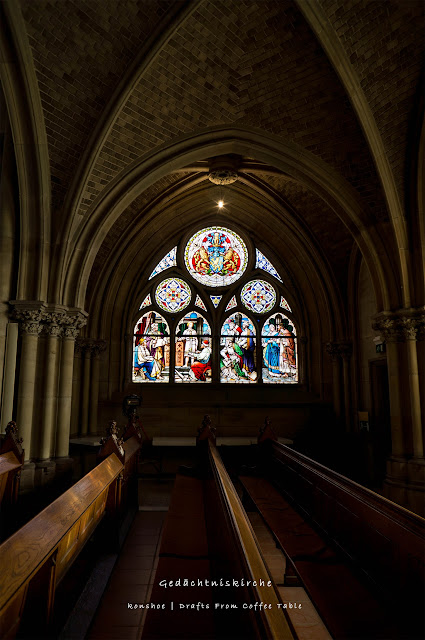 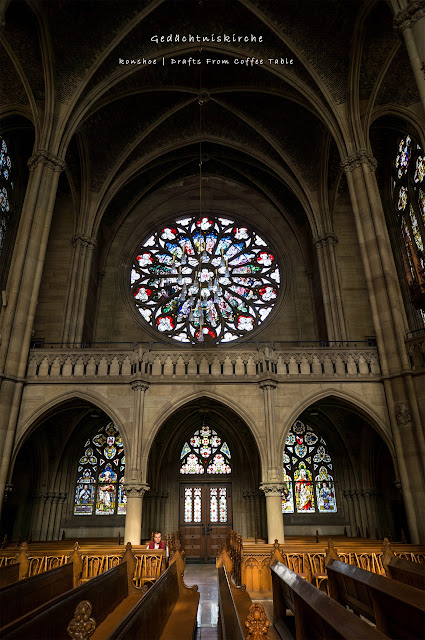 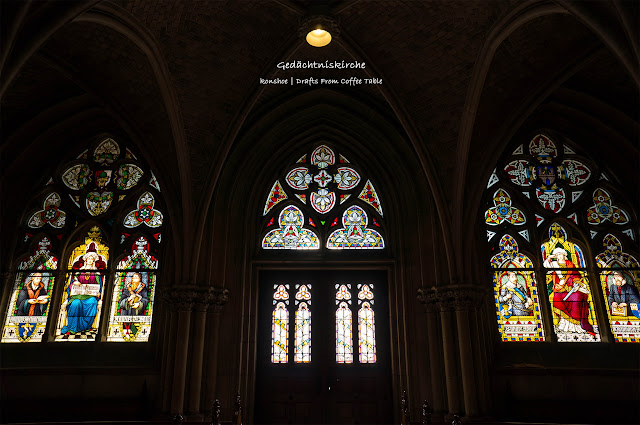 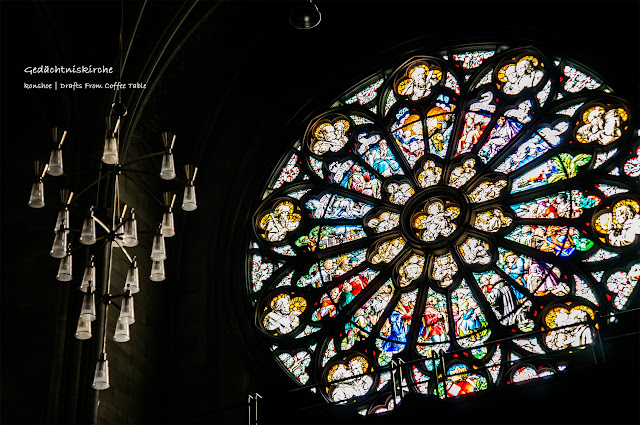 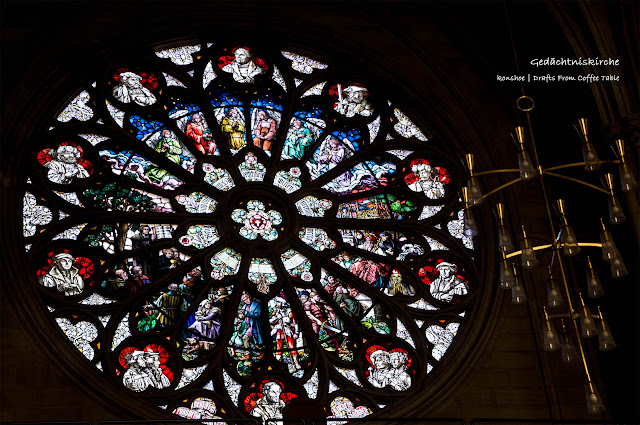 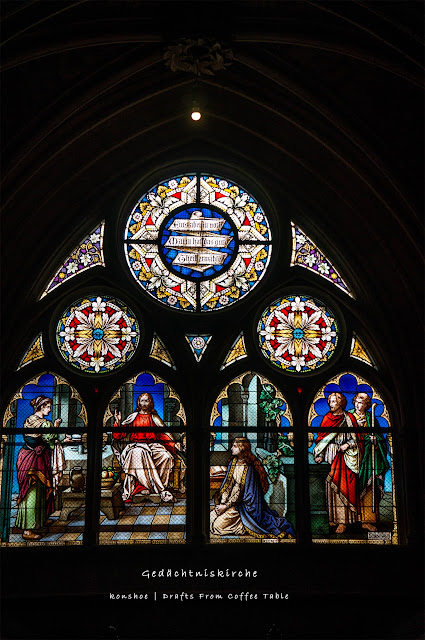 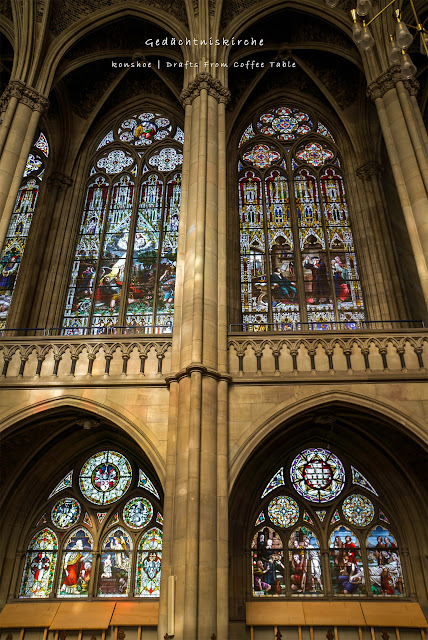 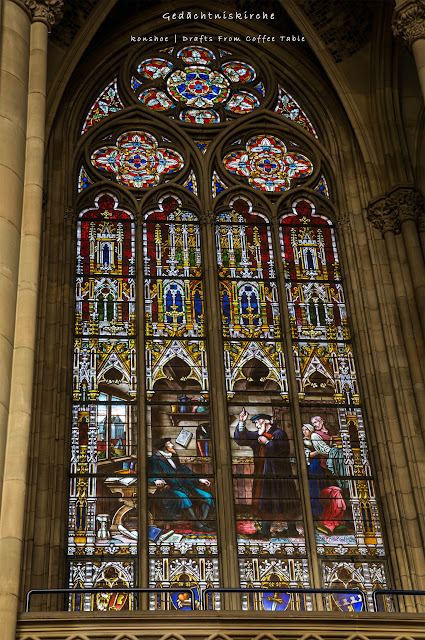 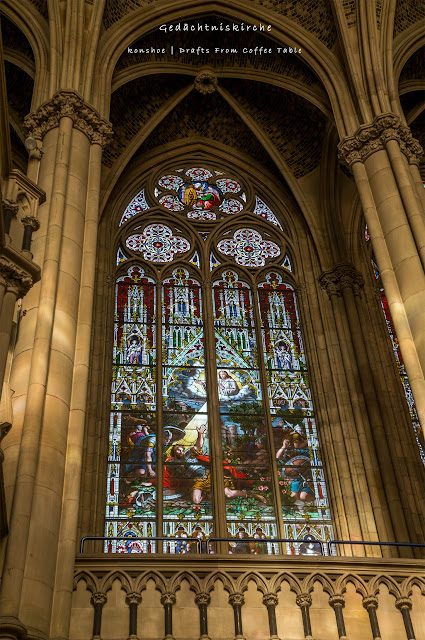 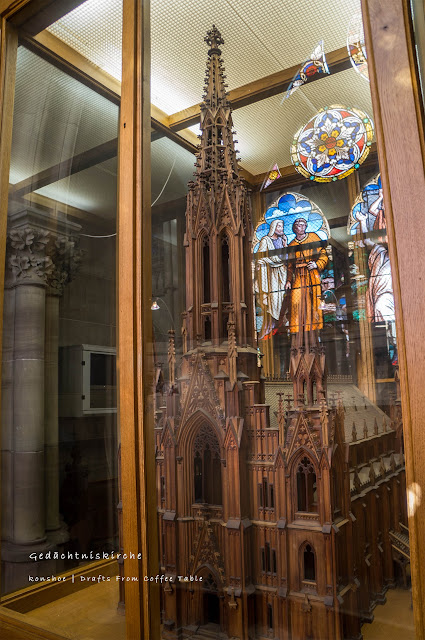 I took my time touring the interior, taking photos of almost each and every stained glass windows for my memory. It took me about an hour to absorb everything fully, including a scaled model of the Memorial Church, but I believe a curious visitor would have everything done in less than that amount. Before exiting the church, I remembered reading about the two sides of the main portal entrance and I took extra notice of it. On the outside, the visitor would see King David in the form of a sandstone figure holding a harp where as on the inside, before one exits the church, an angel stood with an open book and a warning to heed God's word as he left the sanctuary.

While I basked in the evening sun, I saw that the church opposite of the Memorial Church was quite a behemoth in itself. That was the Josephskirche (St Joseph's Church), an ironic reaction from the Catholics to the building of the Memorial Church (which in itself was a reaction to the renovation of the Catholic Speyer Cathedral). Even its architecture, a mixture of Art Noveau, late Gothic, Baroque and Renaissance, stood in stark contrast to the neo-Gothic of Memorial Church, a protest to the existence of the latter. Interestingly, St Joseph's location was purposefully selected to oppose the Protestant church hence the reason I noticed it upon exiting the church.

I, for one, could incessantly repeat about how beautiful the stained glass interior was but if the visitor is not into such architectural beauty, it may be a waste of his time to travel off the main sights along Maximilianstraße just to reach the Memorial Church of Protestation. However he who has time to kill and is willing to go off the beaten path will be duly rewarded with an unforgettable visual experience. So it is totally up to the reader to decide if this is worth his time.

Environment:         A church with beautiful stained glass windows
Suitable for:            History buffs, stained glass lovers
Visit worthiness:       7/10 (visit if you are here anyway, but not necessary to take a detour just for it)