The Force is almost Awakened, with less than 2 weeks to go! As a Star Wars fan, I am certainly excited by the exhilarating trailers unveiled since last year, my excitement building to almost suffocating levels. I was in Changi International Airport to pick up my wife and I was surprised to see a life-sized TIE fighter and a menacing troops of First Order troopers on the Departure level.

I searched online (Star Wars @ Changi) only to realize that I almost missed the chance to capture the moment of both the First Order and the Resistance in action - from 12-Nov this year to 5-Jan-2016, Changi International Airport will play host to an X-Wing in T3 and the aforementioned TIE Fighter plus First Order troopers in T2.

Although you cannot enter the TIE Fighter for a snap (imagine how awesome it would be to do so!), there are personnel dressed up as Stormtrooper (yes, the old one, not a First Order trooper) and TIE pilot to pose for photos with visitors. According to the website, there is also a Meet The Stars session in T3 to get a picture with Stormtroopers and X-Wing pilots but I didn't go there to verify for myself. The appearance of the costumed personnel is limited, so do check their scheduled appearance in the website. I managed to get a picture of my wife with the Stormtrooper and TIE pilot in T2, but it seems that their appearance was not foretold in the website. Maybe I have the Force to guide me...?


Just selfies will not sate most visitors' appetite, so the airport pumped up the hype by having additional events available. In T3, one could don prepared costumes to be Kylo Ren, Stormtrooper, Wookie or X-Wing pilot, and climb onto the large X-Wing for a photo op, securing your memory of a lifetime. When I was there, there was a long queue of families, every member excited whether they are fan or not. However this oppurtunity is only available in certain time slots, so do check out the schedule in their website (Star Wars @ Changi). 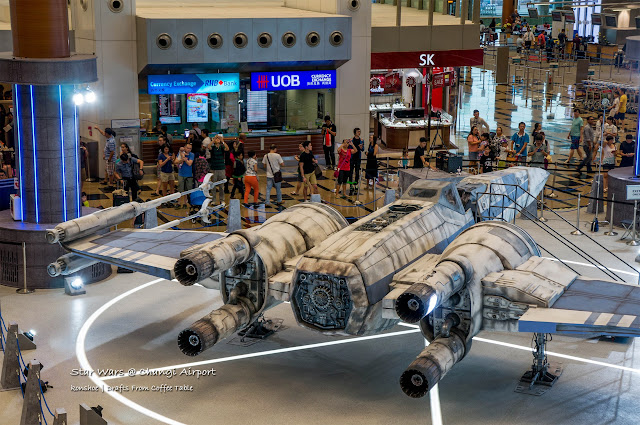 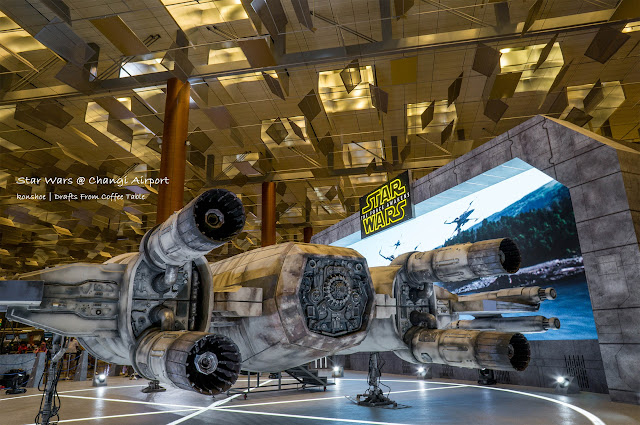 If you are a fanatic as I am and just happen to be in the vicinity of Changi International Airport, then you should not miss the oppurtunity for a selfie or two with both sides of the Galactic War that is Star Wars!