It was hard to not be captivated by the neo-Gothic facade which greeted us after we stumbled out of the maze of crowded streets into the expanse of a small plaza. If not for the ever busy street filled with endless motorcycles and dark complexions, we would have thought we arrived in France instead of Vietnam. Digging up the name of the building from my memories of local attractions was relatively easy, for there are no Catholic church in Hanoi more famous or enduring than St Joseph Cathedral.

The architecture of the cathedral stood out in stark contrast against the surrounding Old Quarters shop houses, although both were some of the original structures in Hanoi dated as far back as the turn into the 20th century. Sharp and simple geometries adorned the place of worship with an air of no nonsense, the darkened facade of an otherwise whitish grey granite reinforcing that impression to viewers.

It was inevitable that any viewer would draw a comparison between St Joseph's and its famous Parisian counterpart, Notre Dame de Paris, where the twin tiered bell towers and their distinctively squarish geometry bore an uncanny resemblance to the latter. Such a comparison was justified by the fact that the former's architects sought to emulate the counterpart's design, thus was born in 1886 one of the first architectures built by the French colonial government in Indochina. 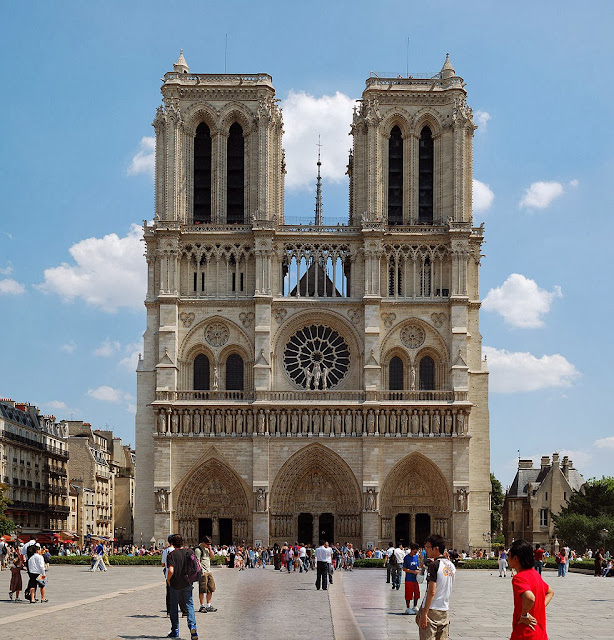 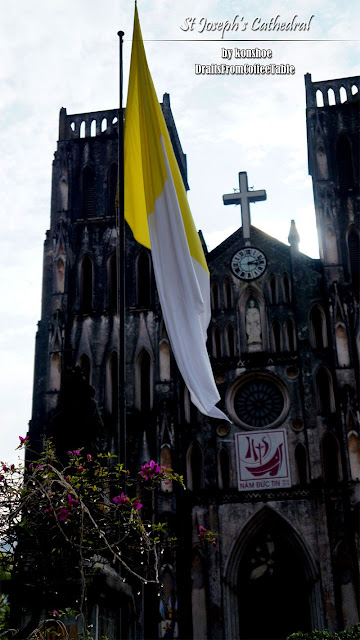 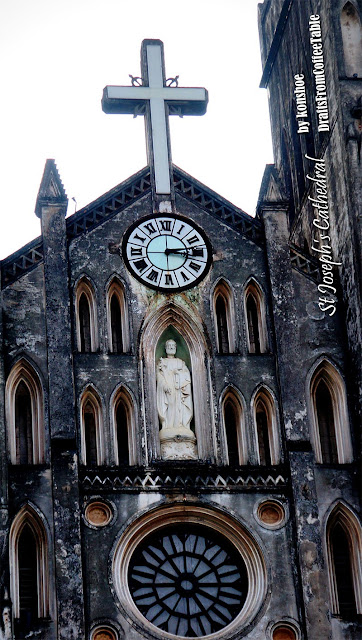 Despite receiving relatively less visitors compared to other local attractions of Hanoi, St Joseph Cathedral remained an important landmark of Hanoi along with Hoan Kiem lake. It would do one well to understand the history behind the church to appreciate its beauty and its significance, because not immediately visible on its exterior was its survival past wars and persecutions. To stand nearly unharmed upon the soil conflicted by turbulent time for the past few decades was a testament to its hardiness.

The relatively cluttered Old Quarter streets of Hanoi gave way to a small square to the west of Hoan Kiem lake for the erection of this church in 1886. Construction of this historical building was not without sacrifice, for the site was originally claimed by Bao Thien Pagoda. Ironically, the pagoda which was destructed to make way for the historical building had a deeper history than the then newly constructed church. The "administrative center" for the Tonkin during pre-colonial days was built in the 11th century during the Lý Dynasty, and a historic building of 8 centuries was wiped to facilitate for the new era. 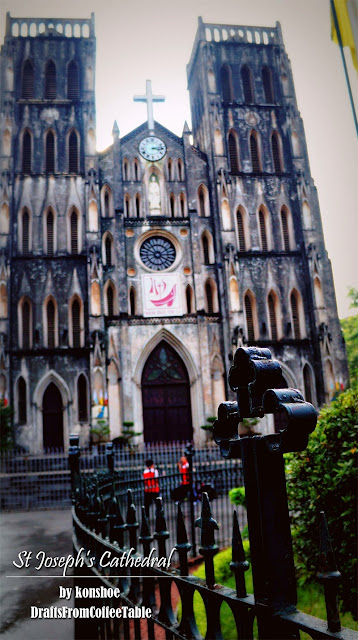 St Joseph's Cathedral's heyday was past after the Viet Minh took control of Hanoi in 1954, suffering decades of maltreatment. The church was closed down since then and only reopened in Christmas Eve of 1990. Today, it is the cathedral of the Roman Catholic Archdiocese of Hanoi. 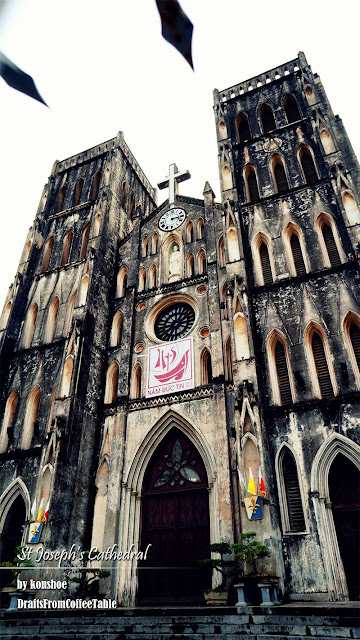 The radiant sun was behind St Joseph's Cathedral in late afternoon, casting a stark shadow on the square to its front, reminding me what the church had seen in the past few turbulent decades. Somehow schoolkids playing games and activities under its protective shadow from the harsh sunshine made me rethink the impression I gained from the imposing structure. Maybe I judged it too harsh. Its endurance was, after all, a testament to its toughness and its inseparable ties to the history of Hanoi.


Environment:         A towering neo-Gothic cathedral in the center of Old Quarters
Suitable for:           To see the facade of one of the enduring architectures left from the French colonial era