After my last Macao Post article on its 5th Mainland Scenery series, Watchtowers of Kaiping (開平碉樓), I got interested in the series and hunted for its predecessor, an FDC featuring a scenery much more intact than the crumbling UNESCO Heritage. The focus in this issue is the ancient water town of Feng Huang (鳳凰古城), a city named after the legendary Phoenix. 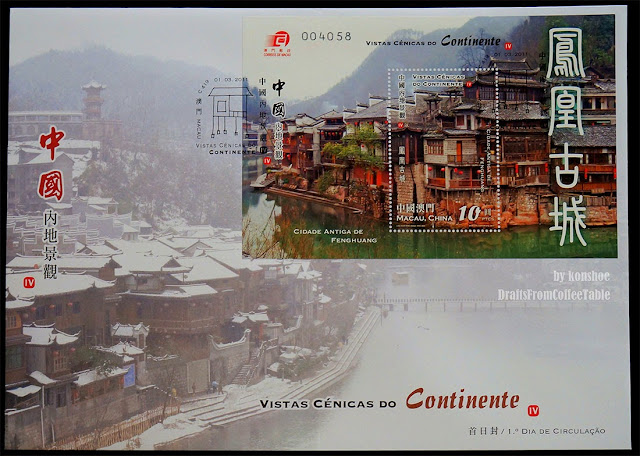 Set within the mountains in the province of Hunan (湖南), Feng Huang town boasted centuries of history and still remain much as it was in the past. Over half of the town's population belongs to the Hmong (also known as Miao) and Tujia minority, which aficionados of Chinese history would know as the site of the infamous and unsuccessful Miao Rebellion, set in 1854 to 1873. Being an important crossroad into an ethnic filled region, the town attracted minorities from the surrounding area to trade within the town.

A review on its history would reveal that Feng Huang was not originally known as such. The piece of land was initially an inhabited and undeveloped patch of mountain, a wild frontier that held very little interest. 3rd year of Jiatai during the Song Dynasty saw the construction of an earthen town at the current site of Feng Huang, and a brick town was then built in 35th year of Emperor Jiaqing's reign in Ming Dynasty 450 years ago, forming the outline of the ancient city. By the 54th year of Emperor Kangxi's rule in 1715, all stone buildings within Feng Huang were completed, leaving a lasting legacy into the modern millennium. 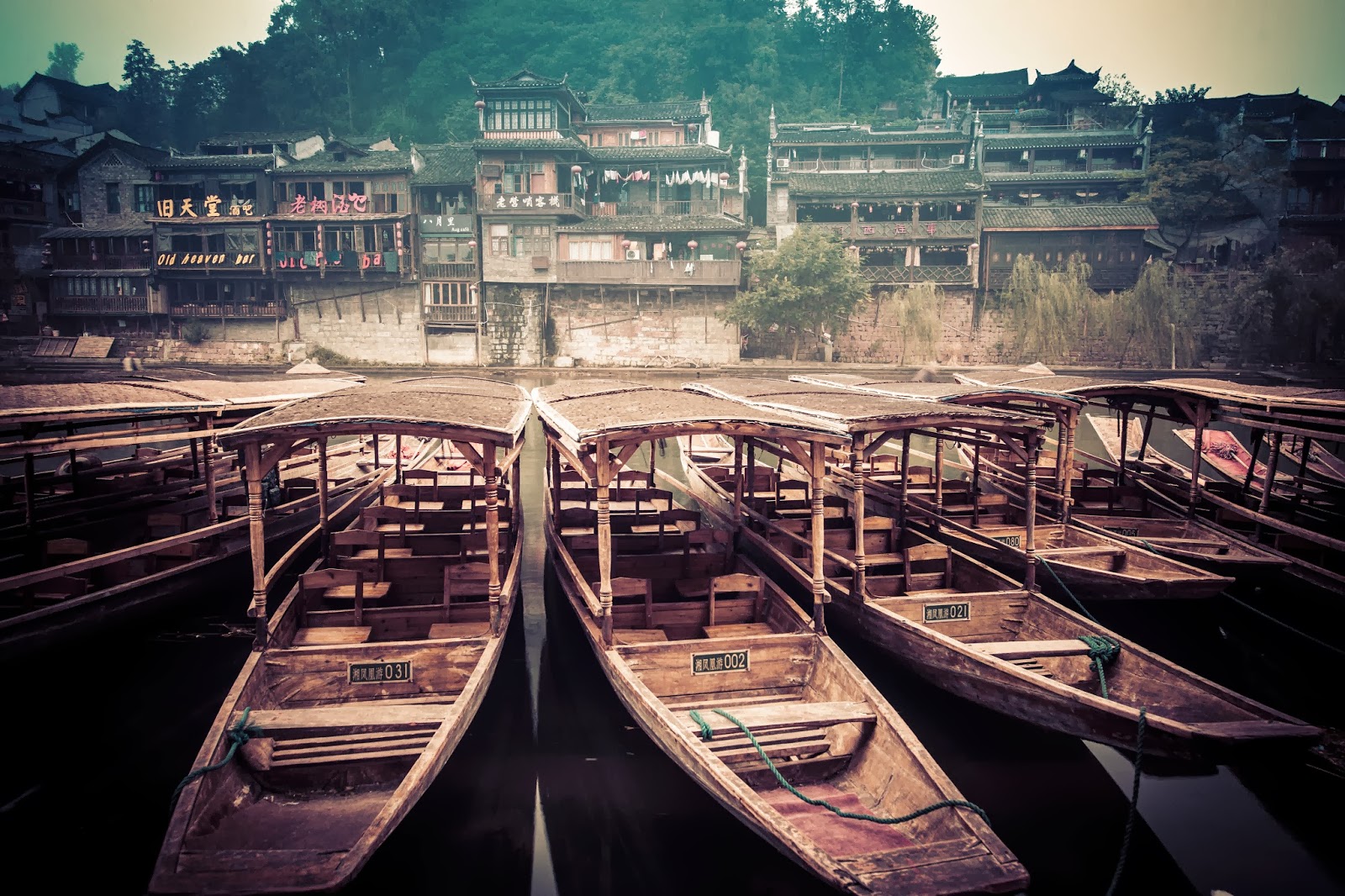 Impressive architectures and well planned layouts of the city made good use of the landscape, forming a harmonious blend between water and earth. Timber structured stilt houses helped inhabitants stay above the running river without destroying the flow. It was this picturesque view of the town which formed the image portrayed in this issue.

The landscape protected the town from the ravages of war throughout the centuries, from the Miao uprisings to the more recent Japanese invasion. Preserved within the site are layout and original appearances of Ming and Qing dynasties, making the town essentially a living museum worth visiting.