Lying hidden from sight in a rather upscale neighborhood is a small restaurant called La Braceria. To those who understand Italian, it is “The Grill”, but to those who don’t, its translation mattered not. Because they would have visited this restaurant anyway, or they wouldn't even know its name or its location.

We chanced upon a voucher offering discounts and thought we would avail ourselves of the chance for some authentic Italian servings, although we had our share of doubt since there are so many franchises and restaurants out there that unabashedly claimed to have served “authentic Italian meals” as well. A website menu packed full of Italian words helped make up our mind and off we went to explore the gastronomic offers of La Braceria.


Imagine our surprise when we found out that this restaurant is tucked in a rather “inaccessible” part of Bukit Timah, right smack in the middle of the island nation, instead of a spot which can be easily reached by taking public transports. I guess that the restaurant expected its guests to be driving instead of arriving on foot like what we did.

After a few changes in transportation and under the guidance of GPS map, we managed to stumble into the restaurant, hidden partially behind a decorated garden front which could easily be mistaken as part of Botanical Garden with its modest heights of trees. We were surprised that a weekday dinner in La Braceria could still pack full of diners, showing their support for the restaurant despite the slight remoteness of the location.

Soft couches and comfortable chairs dotted the interior as well as the exterior, offering us a choice to choose between sitting inside or outside. A relaxing ambient and Italian songs playing in the background would have us mistaken ourselves to be really in Europe. A stone stove standing silently at a corner and mostly Caucasian diners helped heightened this illusion. 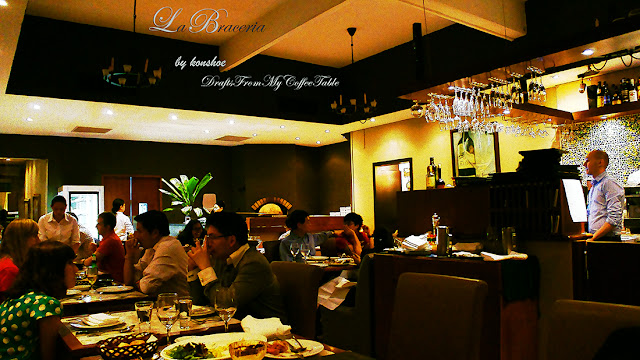 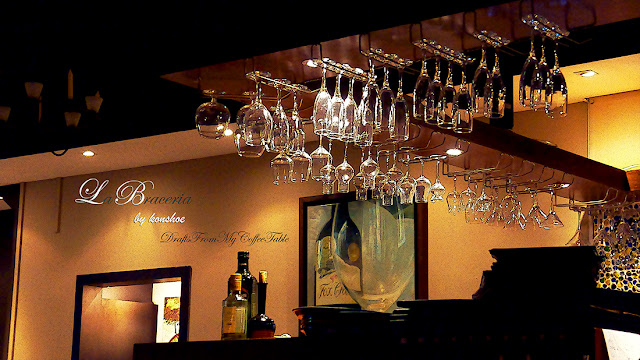 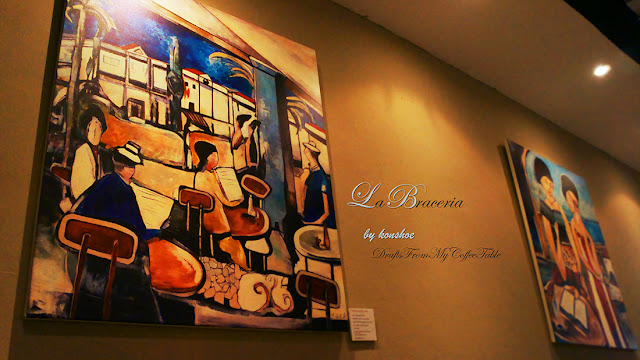 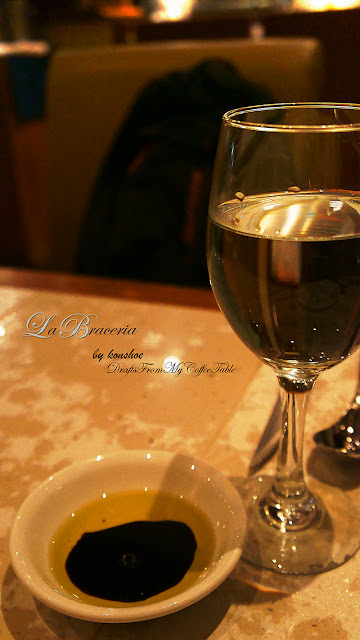 Offering a menu full of Italian was of no help to us and the English descriptions below the meal had not lightened our confusion. And that was why the restaurant needed its waiter and waitresses. Busy as they were, they offered helpful advices and aided us in navigating through the array of foreign dishes until we locked down on our choices.

We tried our best to hide our surprise when the meals arrived and I think we managed that rather well. To add onto that, we weren't exactly sure what to expect when we ordered our meal since we rarely had to order for dishes which we had neither tried nor heard of before. You wouldn't happen to know what “Risotto con Porcini e Profumo di tartufo” meant would you? Well, at least we understood “Braceria Cheese cake” and the alerting “must try” beside it.


To diners looking for authentic Italian meals but would like to be as far away from the malls and traffic jams, La Braceria is your answer. It would definitely worth your while to seek this establishment out and enjoy a delicious meal amidst a relaxing atmosphere and rustic environment.